The NFL season is underway as we prepare for the Week 1 Sunday DFS slate. This year my NFL Hot Sheet will take on a more abbreviated look with the same Hot Sheet matrix as usual but without the game-by-game breakdown. Instead, I will list out a condensed list of my top DFS plays of the slate at each position along with a brief write up of each player. Of course, the Week 1 Hot Sheet is based on last season’s numbers, don’t get too committed to the numbers until we start to get some games from this season. 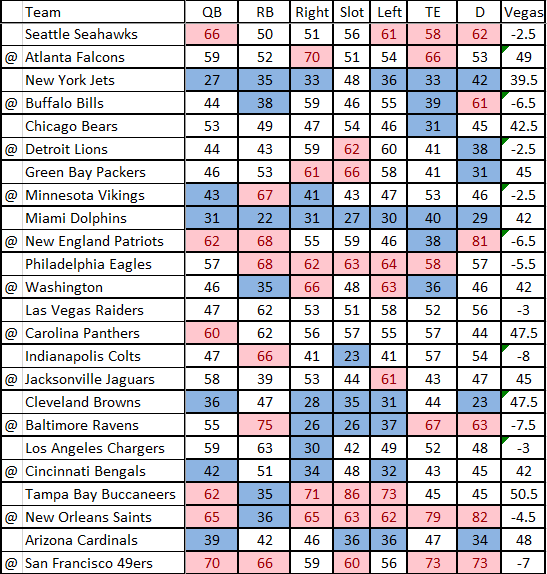