NFL is back and so is the DFS Hot Sheet for another season! The Hot Sheet uses statistical analysis to highlight the most favorable matchups to attack when building your DFS lineups. The Top Plays section lists the top options to consider at each position with a focus on DraftKings and Cash game lineups. Although there are usually some strong GPPs building blocks in there also. Finally, in the Top Bets section, I’ll highlight a few sides and totals to consider wagering on. So, with that let’s see who is “hot” for the Week 1 main slate. 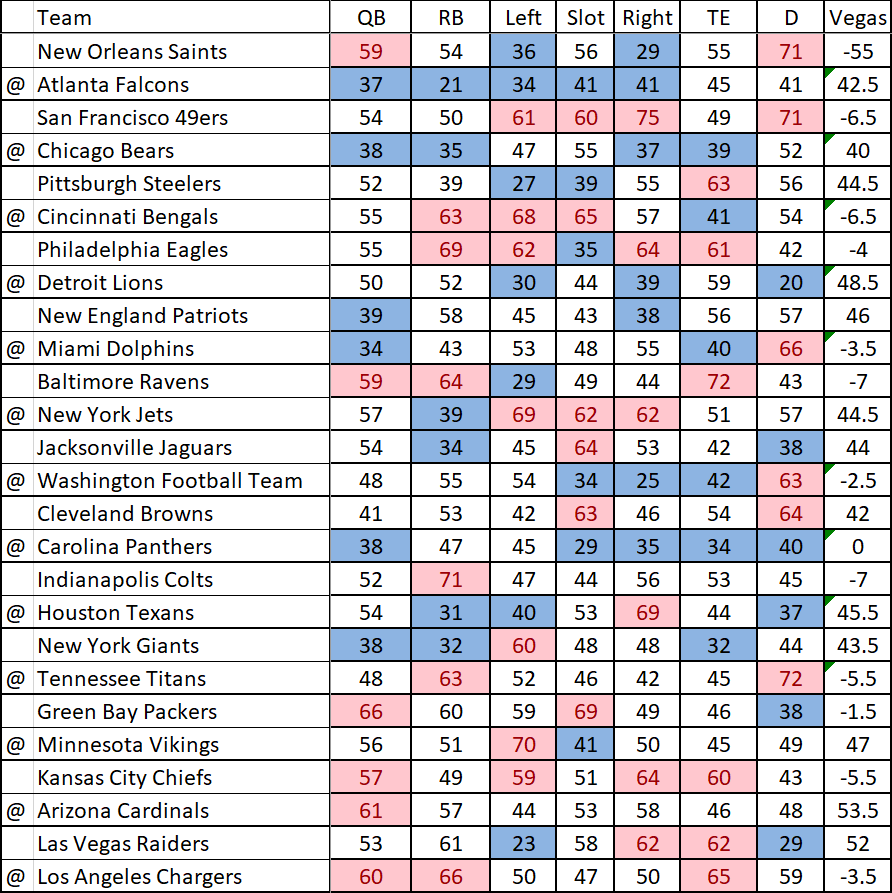