We have a potential high-flying AFC West matchup on Thursday night between the Chargers and Chiefs. There are plenty of interesting options to consider for your DFS lineups. See which ones to target in Cash and single-entry GPPs.

Be sure to sign up for a FREE 7-day trial to get all the great content here at DailyOverlay.

I’m going full fade on JuJu Smith-Schuster, so give me Marques Valdes-Scantling at the captain. Add in Mahomes and another 1 or 2 Chiefs pass catchers not named JuJu or Kelce. Then bring it back with the Justin Herbert to Mike Williams combo. 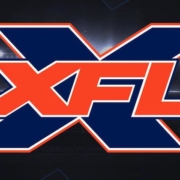