If you like chalk (and money), you’re going to love this play.  The 76ers are 2-1 since acquiring Ish and are playing much better in general.  The Lakers are one of the worst teams in the league against opposing PGs.  Ish projects to score around 1.2 FP/min and play about 33 mins.  Quick gorilla math indicates an average of 40 FP for the low, low price of $6,500.  I’ll take it.

Mmm.  More chalk.  As the note suggests, this pick is contingent upon Derrick Rose missing the game.  If he does, lock and load Brooks.  You won’t be able to get him at less than 5% like his last time out (when he scored 38.75 FP), but he’s just too good of a value to pass up.  If you were to start your teams with Ish and Brooks, you’re probably looking at 70+ FP from your PG and G slots for just over $10k.  Don’t get fancy, just play these two and differentiate elsewhere.

Over his last 10 games, Williams has scored at least 27 FP in every game where he’s shot at least 40% from the field (not an unreasonable ask).  With Kobe out, Lou should see a usage bump, and he can easily pay off $5k against the Sixers.

If we throw out the game in which he got injured, Johnson has scored 24+ FP (6x value) in three of his last five.  In his second game back from injury, he saw 31 minutes against the Grizzlies.  He’s trending in the right direction, and he should have ample opportunity to pay off his salary.

Let’s take a ride on the Scott Skiles Minutes Wheel of Death, shall we?  Harris has seen 36+ minutes in each of his last five games, so there’s reason for encouragement.  Opposing SFs have seen a 17% bump to their per minute fantasy production when facing the Wizards this season.  Granted, Harris plays more PF than SF for the Magic, but due to injuries on Washington’s end, Harris will see a lot of Jared Dudley.  That match-up should align more with the SF than PF DvP numbers.  I’m expecting 35+ FP from Tobias tonight.

Grant was inserted into the starting lineup last time out with Jahlil Okafor shifting to the bench, and he had a monster game (47.75 FP).  His performance was a little fluky, as a) it was against the up-tempo Kings, b) he ripped off 5 blocks and 2 steals (unlikely to replicate those peripherals), and c) Okafor only played 20 minutes in his first game back from injury (probably sees more tonight).  Still, he gets the hapless Lakers and should see 30+ minutes.  There’s a lot to like here, even if it does feel a little like chasing points.

Bosh has gone for 47+ FP in three of his last four games, and his price has remained nearly constant (only up $400 from low point of $6,900).  Power forward is the only position that has been a plus match-up against Dallas all season, which makes sense.  Dirk is getting up there in age and is the obvious weak link defensively.  I expect a lot of opportunity to funnel Bosh’s way, and he should be in for a nice game.

Let’s keep this simple.  He’s scoring over 1.0 FP/min, he’s playing 25+ minutes a game, and his price has yet to adjust.  Portis has hit 6x value in both games since Noah went down with an injury, so just stick him in there.

Vuc has seen at least 34 minutes and 16 shots in each of his last seven games.  That’s a fantastic level of opportunity, and he’s capitalized by going for 41.75 or more FP in five of them (and no less than 34.5 in any).  Magic-Wizards projects as the second fastest game of the night, and it’s a big pace-up game for Orlando.  I like Nikoka as my C1.

If you need to squeeze out an extra $200 or feel like rolling with two centers (not a bad strategy given the value out there elsewhere), Pau is a fine option.  It’s not a great match-up (pace-down, Knicks are strong v. C), but Gasol has been good for more than 1.2 FP/min this season, and he’s locked into 32+ minutes.  He may not have the biggest upside on the slate, but there aren’t a lot of options out there worth spending up on.  He’s safe, and you could do worse. 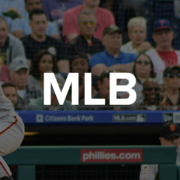