The time has come to change our path. FanDuel bound, let’s kick some ass.

Twitter is starting to catch on to DraftKings new pricing model for its version of MLB 2019.

While I will continue to play the Showdown slates, I am going to take a much needed break from the classic format.

By the way, relievers are available on Showdowns now. You have to click off the “Probables” button to see them. It’s about time they brought them back. Got to try and use them as much as possible while people haven’t caught on yet. Easy $4K punts out there to build those massive lineups.

So now we shift our value focus to FanDuel, where you only need to play one pitcher and fit in bats with a $35K salary compared to rostering two pitchers within a $50K salary cap. The other great thing about pitching over on FanDuel, is not only do you save yourself the worry of SP2s, but you don’t have to worry about walks, hits, and hit batters eating away at your upside. Your focus should be wins and strikeouts, the most valuable component of the FanDuel pitcher scoring. Yes, they can lose points for ER, but even a pitcher that strikes out 6-8 batters and gives up 6 runs won’t kill your lineup, especially if they were one of the cheap guys. You can take a lot more risk to gain leverage on the field and feel more comfortable with your decision.

So here’s how the format will work moving forward. I will provide pitchers and hitters I prefer each day, with FanDuel pricing and DraftKings pricing and their percentages of the cap hit for each site. Pitchers will be a little different since you have to play two on DK, so their cap hit percentages will be a range (pairing the lowest priced pitcher to the highest priced pitcher). For example, if I recommend Trevor Cahill as a play today, the DraftKings cap hit percentages will range from the combined salaries for Cahill and Bailey (lowest-priced pitcher) up to pairing Cahill with Verlander, the highest-priced pitcher on DK for this 8-game main slate.

Keep reading and you will see what I mean!

I will make the first couple of installments of this change free for all, but by Wednesday or Thursday, I will be locking most of the content (besides the opening and a pitcher or hitter recommendation) in the premium section.

Let me know what you think of the change and if there’s anything you would like for me to add moving forward! You can follow me on Twitter @hotdogdaily_dfs and share your thoughts with me there.

Good luck today and hope you like the change. Change is sometimes a good thing!

Oh by the way, this slate features three pitchers who drive me crazy in DFS – Andrew Cashner, Homey Bailey and Marco Estrada. All are terrible. All somehow find a way to mediocre their way into rotations and do just enough to limit damage. Anyway, let’s go!

Analysis: If you are trying to fit Coors bats, Lauer is one of the few value plays you can target at pitcher tonight. He’s super cheap on FD and faces the San Francisco Giants, a team that is 24th in wOBA against left-handed pitching so far along with a wimpy .086 ISO. The K-rate is lower, but Lauer has faced this team once already and was able to eat up innings, get the win and strike out a few batters to pay off his super cheap salary.

Analysis: On FanDuel, Velasquez is perfectly cheap punt at pitcher with huge upside to help you fit in Coors. It will be his first start since his injury last year and he’s susceptible to the long ball against lefties, but he also can strike out 10 batters in 5 innings. Can he get lit up for 9 earned? Sure. But the Nats aren’t at full strength and are striking out 27% of the time against righties. They are middle of the road in wOBA vs. RH pitching this season, and that’s with Trea Turner.

Analysis: The A’s are coming off a big offensive outing against the Astros in a loss on Sunday and now get to face Andrew Cashner. Not only is Morales close to min salary on FD, but he has BvP against Cashner – 6-for-10 with 3 HRs and 2 walks. Against lefties in 2018, Cashner owned a .361 wOBA and 39% hard contact rate with a 1.73 HR/9. It’s a year later, so it’s not like Cashner is going to get any better as a pitcher.

Analysis: While I really like Lauer, I also have a knack for Posey against lefties. He’s near min salary and as a catcher, he will go well overlooked on FD because you can also play a 1B in the same spot as a catcher. Most people tend to lean 1B in that spot, but Posey, even though he plays 1B, is still viewed as a catcher by the masses. In 2018, Lauer gave up a .341 wOBA, 40% hard hit rate and a 1.12 HR/9 to RH bats last season. Posey is still without a home run (only had 5 last year anyway), but at this price on FD, he’s hard to pass up on in tournaments. For what it’s worth, he also 4-for-10 with 2 doubles and a walk against Lauer.

Analysis: Can’t help myself. He’s my guy and I will stand by my guy that hit for a .341 wOBA with a .216 ISO and .255 BABIP against RH pitching last season. Profar bats from the left side, and as I’ve stated above, Cashner gave up a .361 wOBA to lefties last season. Baltimore is a more hitter friendly park, in fact, the most friendly venue Oakland will have played in all season. Profar will be a road bat hitting in the middle to bottom of the order, could get that extra AB or two if things click right for the A’s.

Analysis: This price seems too cheap on FD as the Rockies stay in Coors and take on homer prone Julio Teheran and the Atlanta Braves. Blackmon was hot at the plate Sunday night and will look to continue against Teheran, whose 5.96 xFIP and .226 BABIP against lefties last season will be hit hard with regression in 2019. Coors is an awful way for a pitcher to continue to get lucky.

Analysis: I’ve talked up Vince Velasquez, but Soto is one of the lefty bats we can target against Vince. Before his injury last year and into 2017, Velasquez has had trouble with lefty bats. allowing a .373 wOBA, 35% hard contact and a 1.55 HR/9. Soto smashes right-handed pitching thus far into his career, batting a ridiculous .405 wOBA, .231 ISO and 17% walk rate. The floor is high and the ceiling is massive every time Soto steps up to the plate.

Analysis: Like Profar, I’ve lost some cash rostering Josh Donaldson so far this year. Maybe he isn’t who he used to be, but I am not ready to admit that yet with him on this Atlanta team. You have to remember he has barely played baseball in the last couple of years, and it would take almost anyone time to get back into a rhythm and get their timing back. Today might be the day and today may not be the day Donaldson finally pays off this season. But he is in Coors and is facing a lefty in Kyle Freeland, whose 4.42 xFIP in 2018 shows some signs of regression. Donaldson has been a lefty crusher in his career, but he hasn’t crushed anything of late. He’s fairly cheap on FD, but with some of the value pitchers available, you can easily fit him in with others for a solid Coors stack. 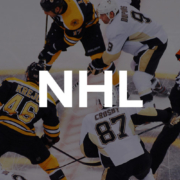