Week 1 of the 2017 NFL season has finally arrived! Enough offseason stories of players in the best shape of their life and preseason performances that consist of almost no snaps from the actual starters. The last two season I have written a weekly Offensive Tendencies column for the NFL DFS season. Last year a couple of times I experimented with a different approach using a “Hot Sheet” format. I enjoyed writing the Hot Sheet style of article and feel it give a better view of which situations and players to use in DFS lineups. So, for the 2017 NFL Season, I am transitioning my weekly column to the “Hot Sheet”.

I will still analyze each game and provide a write-up of how I expect each game to play out based on the game script using the ratings I have compiled for each position. The charts below show the rating for each position per team based on each team’s own offensive performance and their opponent’s defensive performance for a variety of factors over the season and last five weeks (Note that the first few weeks will still also rely on last season’s stats):

All of these stats and rankings are compiled, weighted and averaged to come up with a single “rating” for each team by position for this week. Numbers in RED are “hot” indicating a good matchup. I will list some “Hot Picks” for each game rated from one to three stars and at the bottom of the article give my Top Plays for the week.

I’ll give a peek at the Hot Sheet with a free look at the Thursday night matchup between the Chiefs and the Patriots. To see the entire article including the Top Plays and all the great content here at DailyOverlay sign up the Premium Subscription for just $9.99/mo or a FREE 7-day trial.

So let’s get right to the numbers and analysis…

The Chiefs will have their work cut out for them as almost a double-digit underdog on the road against the defending Super Bowl champs. The Chiefs could see a low overall number of plays as they ranked near the bottom of the league in offensive plays while the Patriots also limited plays by opposing offenses. The Chiefs’ passing game will likely have the most success with underneath passes to Kareem Hunt and Tyreek Hill near the line of scrimmage. Hunt can especially have success in the passing game against a Patriots’ defense that allowed the second most receptions and third most yardage to opposing RBs last season. The running game will have difficulty moving the ball against one of the best rush defenses in the league and have limited opportunities if they trail as expected.

While the Chiefs may be limited in their number of plays, the Patriots’ offense should have plenty of opportunities ranking in the top seven in plays last year, while the Chiefs’ defense allowed the fifth most plays to the opposition. The Patriots passing game should have success early in the game while they build a lead. Rob Gronkowski should be able to stretch the field down the middle for some long gains. When they enter the red zone look for Tom Brady to look to the backs out of the backfield such as James White for a receiving score.  The WRs should be able to gain some yardage but might be limited near the end zone. Working with a lead in the second half the Patriots will lean on Mike Gillislee to churn out some yardage but he could get stuffed near the goal line against a stingy red zone rush defense. 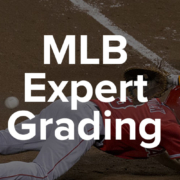