With the first full week after the All-Star break in the books, the NBA Industry Experts look to make their move before the season-ending grades are handed out. While the top of the overall standing remained the same there is some movement as you move down the list as both DailyOverlay – Double Stuffed and Moxyball – MoxyList are making a push to move into the top three. Also, DFSOnDemand put together a strong week as they look to move up the overall standings.

In this article, I will give a brief recap of each day we gathered and graded the experts, including how the Industry Consensus picks did, highlighting which experts were at the top for the day and which players were only called out by one or two experts, but produced an “A+” grade. I will also review the overall standings and highlight the top experts so far this season. You can view the full NBA Overall Standings here. And finally, I will publish results of our new Lineup Construction initiative.

As a reminder, we are currently gathering selections and publishing the NBA Industry Consensus articles and NBA Consensus Lineup Construction articles each Monday, Tuesday, Wednesday, and Friday during the NBA season, so be sure to check back about an hour or so before the first game tips off to get a look at the consensus picks and sample lineups for the day.

On to the grades!

Monday night a consisted of a solid seven-game slate of NBA action. The expert’s, unfortunately, were not very solid with only one expert exceeding a DailyOverlay score of 5.0.

Top Experts of the Day
#1) DFSOnDemand (Score: 5.60) blew away the competition on Monday. They received four grades of “B” or better out of their five selections. Their top plays included Kyle Lowry, Jae Crowder, Karl Anthony-Towns and Jabari Parker.

#2) Moxyball – MoxyList (Score: 3.76) comes in second place with 13 out of 21 selections receiving a grade of “B” or better. While they had Industry Consensus play Giannis Antetokounmpo, they also hit on numerous off the board picks like Justise Winslow, Hassan Whiteside, and Jae Crowder.

Tuesday night featured a small five-game slate of NBA action. The experts had a very strong day with 10 out of 11 experts exceeding a DailyOverlay score of 5.0.

Top Experts of the Day
#1) DFSOnDemand (Score: 7.20) finishes in the top spot for the 2nd straight day with another very good score. They had a total of four grades of “A” or “A+” out of their five selections. They had Industry Consensus picks including Nikola Vucevic, Derrick Favors, and Jared Dudley.

#2) DailyRoto (Score: 6.61) comes in second place with 10 “A+” grades out of their 18 selections. While they had some Consensus plays such as CJ McCollum, DeMarcus Cousins, Derrick Favors and Nikola Vucevic, they also had some less selected picks such as James Harden and Nerlens Noel.

Wednesday night consisted of a big 10 game slate NBA action. The experts had another very strong day with 10 out of 11 experts exceeding a DailyOverlay score of 5.0 again.

Top Experts of the Day
#1) RotoGrinders NBA Grind Down (Score: 7.85) put up a big score to take home first place on Wednesday with nine “A+” grades out of 13 selections. They had many of the Consensus plays such as LeBron James, Mike Conley, Tobias Harris and one less owned play in Marcus Morris.

#2) FantasyTeamAdvice (Score: 7.10) comes in second place on the day with six “A+” grades out of 10 selections. They were led by selections of Mike Conley, Russell Westbrook, DeMar DeRozan and Tobias Harris, plus a couple off the radar selections of Kobe Bryant and Paul George.

Sleepers of the Day
Too many to name them all, but here were some of the best sleeper picks of the day.

Friday night consisted of a relatively slight slate for a Friday night with only eight NBA games. After two very strong nights, the Industry experts took a step back on Friday with only one expert exceeding a 5.0 DailyOverlay score.

Top Experts of the Day
#1) RotoGrinders NBA Grind Down (Score: 5.29) finished in first for the second time this week with the only DailyOverlay score over 5.0 on Friday. They received a grade of “B” or better on 11 out of 14 selections. Key selections were Consensus plays such as John Wall, Kyle Lowry, Paul Millsap, Chris Paul and DeMarcus Cousins.

#2) DailyRoto (Score: 4.43) grabs second place for the second time this week with 13 out of 21 selections receiving a grade of “B” or better. Their picks were also led by numerous Consensus plays such as Chris Paul, Kyle Lowry, John Wall and DeMarcus Cousins.

We have now completed 18 weeks of the NBA season. You can view the full NBA Overall Standings here.

#1) DailyRoto (Score: 4.93) holds onto the top spot in the overall standing for the second consecutive week. They had a strong week including second place finishes on both Tuesday and Friday.

#2) RotoGrinders NBA Grind Down (Score: 4.91) remains in second place in the overall standings. Finishing in first place on Wednesday and Friday wasn’t quite enough to overtake DailyRoto this week, but it looks like it will be a two-way fight to the finish.

#3) FakePigskin (Score: 4.73) hold onto third place, but their lead over the next pack of sites is shrinking. They had picks twice this week with one finish near the bottom of the standings on Monday, before a solid third place showing on Friday. They will need to keep producing strong picks to stay ahead of DailyOverlay – Double Stuffed and Moxyball – MoxyList.

The Daily Overlay Industry Consensus picks (Score: 4.56) continues to provide consistently solid overall selections finishing near the middle of the pack every day this week. Overall, the Consensus picks remain solidly in 6th place in the overall standings out of a total of 14 experts graded this season with a chance to move up down the stretch.

Let’s see which experts can make the grade this week in the NBA!

We have just completed our first full week with our new post-All-Star break rules. While the initial results are only a slight improvement so far, the process of building a lineup where we are not as constrained to pick only the most selected players has allowed for a better lineup building experience with more flexibility.

Here is a list of the “rules” we are now following when constructing lineups:

The results of those lineups will be provided in this section each week.

The Cash game lineups were able to cash half of the time this week while the GPP lineups had the volatility you would expect and did cash on Tuesday. As with the FanDuel lineup this week, the GPP average is higher than the Cash game average for DraftKings as well.

The first full week of results was somewhat encouraging even though we did not make a profit overall. Just the ability to have more freedom with the new rules we put in place makes lineup construction easier to manage and much more flexible to try to achieve the best lineup for each contest type. Next week I will publish more overall data when we will have nine days of results to start to draw more conclusions from. 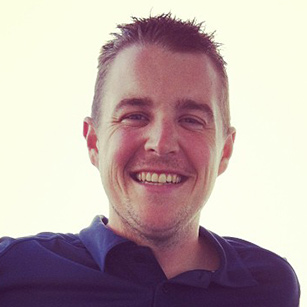 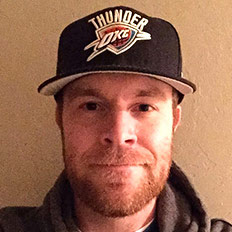