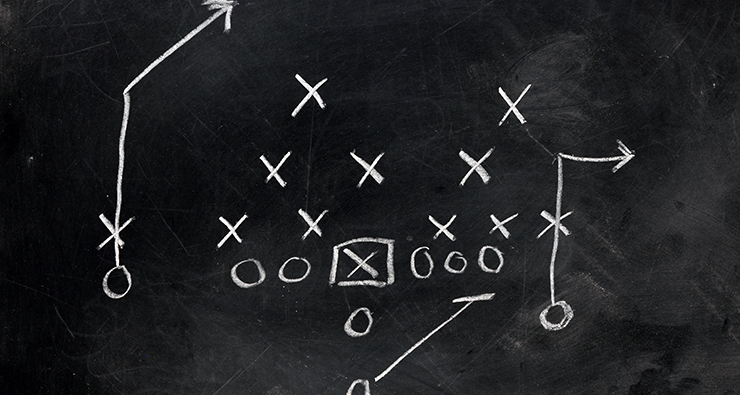 So much of fantasy football success is dependent on the opportunities that players get to throw, run or catch the ball.  Without the ball, a player cannot score fantasy points.  So there is benefit to get players that are expected to touch the ball on a regular basis, as this will increase the probability of that player to gain yards and score touchdowns.  This opportunity all starts with the play call from the sideline to the QB or the QB audible at the line of scrimmage.  In order to identify how many touches or targets a player will get, we first must understand the tendencies that teams have when it comes to the types of plays being called, Run or Pass.

I will be writing a series of articles this week that examine each NFL team and take a look at their offensive tendencies and the tendencies of their current coaching staff.  For each team, I will show a grid of the previous 2 years of data, including overall offensive play tendencies and tendencies they have in the Red Zone and Inside the 10 yard line, along with my projection for each team in 2015.

During the season, I will be utilizing this projection along with 2015 data, and other offensive tendency data (such as tendencies a team has when trailing, leading or tied), to examine each game for that week and give some predictive data and tips for the upcoming matchups to try to help you find where the opportunities will come from.

Today, I will examine the NFC East and NFC North divisions.

Chip Kelly enters his third season as head coach for the Eagles, along with Pat Shurmur as the offensive coordinator. Since Kelly arrived in Philadelphia with his “fast-break” offense, the Eagles Pass-to-Run tendencies have varied from year to year. With the offseason moves of bringing in Sam Bradford at quarterback and DeMarco Murray and Ryan Mathews at running back, we are probably in for a shift again.  I anticipate a more run-focused offense like we saw in 2013 for the Eagles this season, with a lot of running plays as they near the end zone.

Long time Giants head coach Tom Coughlin is still calling the shots in New York. The Giants brought in a new offensive coordinator last season, Ben McAdoo, who installed the short passing game that helped lead Eli Manning to the best completion percentage of his career (spectacular catches from Odell Beckham Jr. might have helped too). With McAdoo still calling the plays and offensive personnel that is primarily the same as last season, the Giants will have a similar mix of run/pass distribution again this year.

Jay Gruden will be entering his second season as the head coach in Washington along with offensive coordinator Sean McVay.  With Gruden in Washington last season, the Redskins threw the ball about 60% of the time while starting three different quarterbacks. In 2015, Kirk Cousins will begin the year as the starting quarterback. If he can hold the job, it could bring some consistency to the Redskins offense. Once the Redskins get close to the end zone, they turn to the running game behind Alfred Morris, calling 64.3% running plays inside the 10 yard line last year. Expect similar distribution this season.

Mike McCarthy is back for his 10th season as the Packers head coach. Tom Clements remains as the offensive coordinator again, the difference this year is Clements will be calling the plays instead of McCarthy. A season-ending injury to Jordy Nelson brings some inexperience to the receiving corps, but with Aaron Rodgers at quarterback there will still be plenty of passes being thrown. I’m projecting a very similar run/pass ratio to what the Packers have had the last couple years, despite the minor changes.

John Fox takes over for his first season as the Bears head coach. Fox was the head coach for the Broncos the last four years. Fox brought Adam Gase over from Denver to be his offensive coordinator. The last two years, Gase and the Broncos averaged about a 59% pass to 41% run ratio. The Bears, the last couple years, were even more pass-oriented throwing over 64% of the time last season.  This year I expect the Bears to continue to throw the ball at about a 60% clip with Gase calling the shots.

Head coach Jim Caldwell is entering is second season with the Lions, along with Joe Lombardi as the offensive coordinator. While the offense wasn’t as effective last season as previous years, the distribution of plays still favors the passing game behind Matthew Stafford, Calvin Johnson and Golden Tate. Detroit has a new rookie running back, Ameer Abdullah, making some noise in the preseason, but my expectation is the run/pass balance will remain similar to last season.

Mike Zimmer will be entering his second season at the helm for the Vikings this year. Norv Turner will also be entering his second season with the team as the offensive coordinator. The Vikings will have Adrian Peterson back this season, and have also added wide receiver Mike Wallace in the off season giving second year quarterback Teddy Bridgewater another target.  With a full arsenal of weapons this season, expect Turner to open up the offense with more passing, especially between the 20s, before feeding the ball to Peterson as the team nears the end zone.

To review the AFC South and West, click here.

Note that all stats are from Pro-Football-Reference.com.  I count Pass Plays as a combination of Pass Attempts plus Sacks allowed.